To make things easier for making a choice, we are going to shortlist here some of the most sought-after mobile game development tools.

Unity3D game development engine hardly requires any introduction. Around 70% of the top mobile games are powered by Unity - the all-in-one game engine. Some key factors that make Unity so popular and irreplaceable include the following.

Solar2D is a popular mobile game development tool widely used for developing high-quality 2D mobile games. This Lua-based engine is popular because of its easy iterative experience and various game use cases. The SDK is free and open-source and offers comprehensive development support for all OS platforms. Some key reasons to choose it for game projects include the following.

Fusion is another emerging name among the top mobile game development tools that became popular for building high-quality 2D games at a quick pace. This game engine is also known for offering an incredible array of extension objects to create any mobile game app. Some of the key reasons to use this game engine include the following. 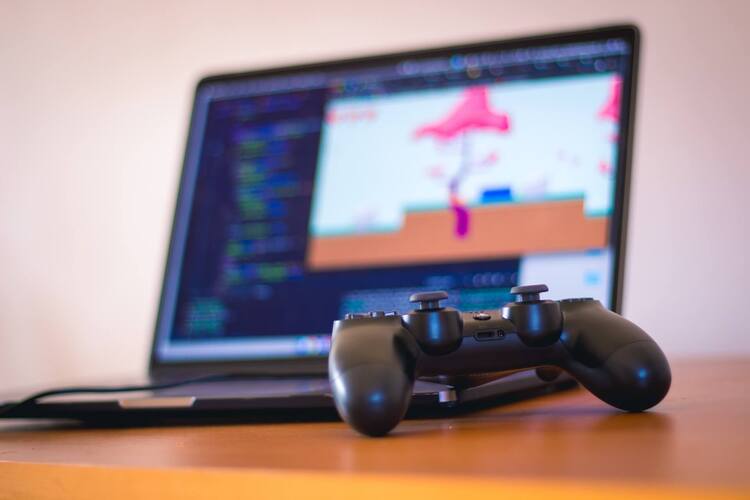 When you try to choose from mobile game development tools for the iOS platform, you must step on SpriteKit. This widely popular game engine created by none other than Apple offers many designs and development features that go best with the iOS gaming experience. Some key reasons to choose this game engine for your next game app project include the following.

After Unity 3D, Unreal Engine is the second in any top mobile game development tools list. It is regarded as the most comprehensive one, with everything a game developer needs in an engine. Created by Epic Games, it is considered the way-to-go tool for AAA+ action games. Some key reasons to choose Unreal Engine for your game project include the following.

CryEngine is one of the most dependable mobile game development tools for building robust and engaging 3D game apps for various OS platforms, including mobile, Windows PC and Console. It is a versatile tool for developing action and other fun games. Developers often use CryEngine along with C++, Visual Studio, ActionScript, and Lua for developing high-quality games. Some key features and capabilities that make CryEngine so popular include the following.

Cocos2d-x has been there for quite some time as one of the leading open-source game development tools. It is excellent to create cross-platform game apps with GUI-based interactions. Some of the key reasons behind the popularity of this game engine include the following.

MonoGame is another popular open-source game development tool based upon Microsoft XNA 4 Framework. It focuses on building game apps for Windows, Xbox 360, Windows Phone, and all devices in the Microsoft ecosystem, besides allowing to develop for iOS and Android.

A robust tooling system, cross-platform support, robust community support, and staggering market presence across top games such as Fez, Bastion, Infinite Flight, Wizorb, and others give this tool some extra edge.

Last but not least, remember that mobile game development tools play significant roles but won’t do everything for you. You need to ensure the discoverability of the game apps and the engagement of many players to go up the ladder of growth.

Design and development skills come from development experience, and the teams behind the project have a lot to deliver. On the other hand, robust marketing activities are non-negotiable if you want to see your game going viral or gradually going bigger in terms of player engagement.

Written by
Juned Ghanchi
CEO
Juned Ghachi is the CEO of IndianAppDevelopers, a professional mobile app development company in India for full-cycle mobility solutions. Having 10+ years of experience in the digital marketing field, he excels at offering the best technical advice to clients.

Do you want to develop an app or website? Talk to Raza and get started!

Raza is a tech entrepreneur with an experience of working with 500+ clients. His key expertise is around tech consultation, where he guides people on how to successfully build digital softwares for their businesses.

“We collaborated with Indian App Developers as they really comprehended our goal. They are incredibly professional, host the best talent, and are excellent at project management. We are very impressed with how the app has turned out to be. I must say their dedication & quality is top-notch. Highly recommend them.”

We will help you scale your business with profit generating apps.